Based on our more than 30 years of experience, SOMAPHARM plans to become one of the leading providers of innovative medical technology within the next three to five years with new management and new investments.

To this end, an Europe-wide expansion is planned with new, groundbreaking technologies in the fields of Surgery and Intensive Care Healthcare.

Our products shall be launched on the global stage after clinical studies and the corresponding approvals. 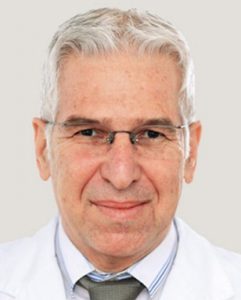 He studied medicine in Basel and Baltimore and completed his training as a neurosurgeon in Basel, Bern and Washington D.C. He has specialized in particular in the areas of cerebrovascular surgery (treatment of aneurysms and vascular malformations as well as cerebral bypass surgery), brain tumors and spinal surgery. 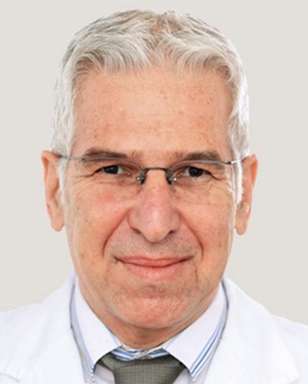 Prof. Bachmann was the head physician of the Urological Clinic of the University Hospital Basel for many years (2006-2016). One of his clinical focuses is minimally invasive treatment methods for prostate and kidney surgery.
From 2016-2018 he was CEO and Medical Director of alta-uro in Basel. He is also one of the world’s first experts in laser treatment of the prostate (2002), in particular greenlight laser surgery for benign prostate enlargement, which is now regarded as the “standard surgical method” in the USA.

He has published or contributed to more than 200 scientific articles and numerous book chapters.

He is Professor of Urology at the University of Basel and Executive Member of the European Society of UroTechnology (ESUT) of the European Society for Urology (EAU), whose chairman position he previously held for the topic of “lower urinary tract”. In addition, he was for over 10 years in the working group before laparoscopy, da Vinci and Endourology of the German Society for Urology (DGU), Adjunct Professor at MedUni Vienna, Shanghai International Medical Center and Professor Extraordinaire at Stellenbosch University. Prof. Bachmann was the head of the “Goliath Study” (XPS-Greenlight-Laser versus TURP), one of the largest RCTs in the field of benign prostate enlargement.

Import of Viagra into Switzerland

Takeover of the company by the Weisser brothers

Expansion to include the SOMA Hospital Care division, with disposable and reusable medical products as well as medical technology devices for professional areas of application in hospitals, clinics, medical practices and research.
Expansion of the SOMA Digi-Data division with professional IT support for hospitals, clinics and medical practices.
Expansion of quality management according to the ISO 13485: 2003 standard and CE certification.
Expansion of the SOMA Beauty division with innovative products in the field of cosmetics.
Expansion and distribution of a hand-held high pressure syringe (NOMA-I) for angioplasty.

Development of your own innovation - NOMA I

Development and sales of a single-use hand drill NOMA-II for skull trepanation.
Development and sale of a catheter for measuring the length of the urethra in incontinence operations
Studies with Woundclot / USZ / Dr. Bredell tooth and mouth surgery. Hemodialysis videos / pictures in the following clinics: Aarau, Liestal, Chur
Start of cooperation with Cardisio to develop the first high-precision and non-invasive test to determine a risk factor for coronary heart disease
Contract negotiation and production of Alise in the USA - the new portable miniaturized heart-lung machine
Concentration on fast and efficient Covid19 fight in Switzerland - products sourced in China and sold in Europe
Generation change at SOMA + PHARM - New management and new business plan, based on SOMA + PHARM’s own innovations and innovations from partners worldwide
1989
1998
2003
2007
2009
2009
2010
2012
2013
2014
2016
2017
2018
2019
2020
2021

Do you have any questions about Somapharm AG and would like to know more about our products ? Contact request

Somapharm has always introduced excellent products to the market during the past decades and ensures sustainability in its business field.
Prof. Dr. A. Mendelowitsch, Hirslanden Group
In both sales and successful product development, over the years Somapharm has built a reputation for reliability, innovation and customer service of the highest level.
Dr. med. T. Feuerstein, FMH Neurosurgery
For us, Somapharm is a very professionally organized and effective, customer-oriented, innovative company with an excellent technical clinical product range
A. Züger, medical technicians

We are active on the market with new products and product ideas to assist users in clinics, practices and research to effectively and optimally care for their patients.

Our price structure is adapted to the healthcare market’s current financing practices. We value the greatest possible openness and transparency in our business relationships. Our own nationwide distribution network makes us the ideal partner for the healthcare sector.

Changes in today’s market are our motivation and the individual needs of our customers are our challenge.

The rapid changes in today’s market are a major challenge for our performance. We therefore rely on our highly motivated employees, who have a high level of specialist and advisory skills through constant training and further education.

Somapharm has always introduced excellent products to the market during the past decades and ensures sustainability in its business field.
Prof. Dr. A. Mendelowitsch, Hirslanden Group
In both sales and successful product development, over the years Somapharm has built a reputation for reliability, innovation and customer service of the highest level.
Dr. med. T. Feuerstein, FMH Neurosurgery
For us, Somapharm is a very professionally organized and effective, customer-oriented, innovative company with an excellent technical clinical product range
A. Züger, medical technicians